i wish there was a way to know the actual Font-Size.

Ruler (overlay) display ? – when i hit a key – Would that be possible ?

What i’d want the Ruler to show is
[aaaaaaaaaaxxxxAAAXXXXXXXXX] ------- in 12 point, for comparision.

The fonts in a PDF may well have been inserted as say 12 point FontName but that is not what a PDF render has to show for F0 F1 or F2 etc if they were scaled to suite for example a different page size. So they could look like 7 point high on display.

Clearly if you are compiling at 100% / unscaled you could expect 12 point on screen but zoom in or out and its a moot relative size. However SumatraPDF has a M measuring tool which if you hold CTRL will show width and height in various units so here is using in points at any zoom. For multiple fonts inserted at 20 nominal Page Points High without scaling. 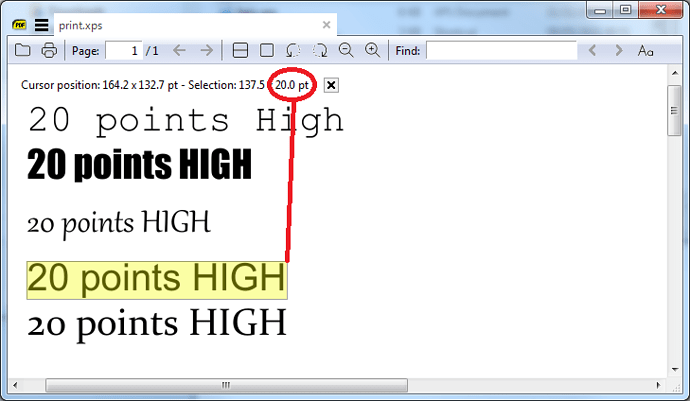 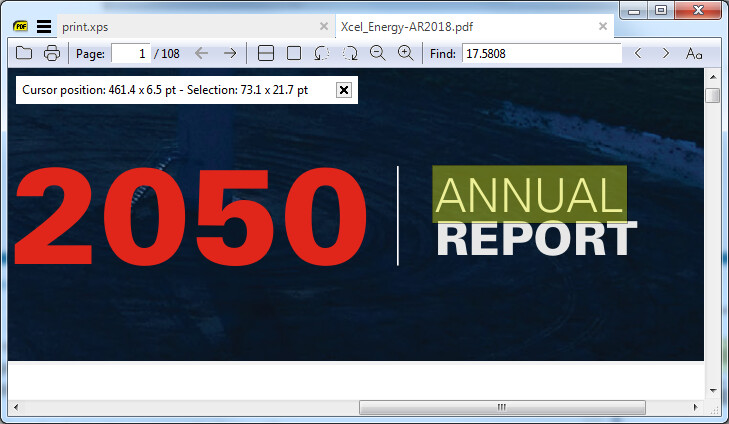 i can get the [Cursor Position] display (in 3 measurements – points, metric, inches)

How can get the [Selection:] display ?

Could someone confirm this? 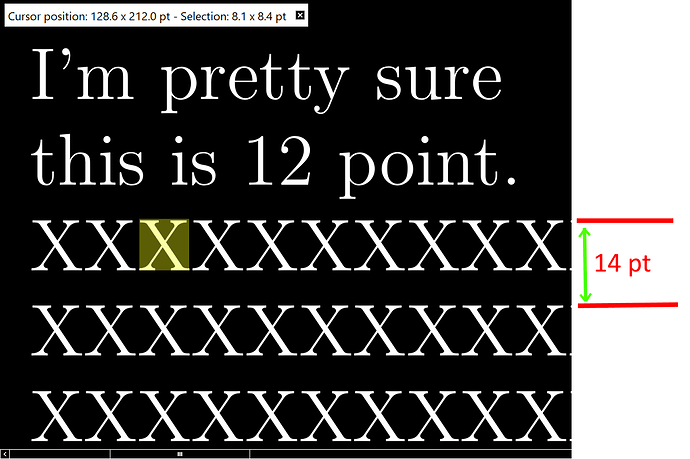 The [14 point] measurement (shown in Red in figure) seems correct

You can guess at the used size but with no certainty the line spacing is often described in terms like 1, 1.15, 1.25, 1.5, 2 = which represents font block height (usually includes the diacritics above and descenders below, which is higher than the visible characters) plus leading which is the vertical gap to stop a diacritic colliding with a descender thus often included into the font height definition. Traditionally lead strips were a fixed thickness for each print house, but in computer publishing they are fixed spacing of lines, thus no longer a fixed thickness between characters.

Thus your 14 is potentially 12pt + 2pt at 1 line high if it is increased to double line spacing it may increase to 28 pt.

However it is not a good indication of font height since here are two fonts both at 20pt and their respective spacing for Line Spacing at 1x 1.5x and 2x look at the 3 measured values I added top right box as seen for each 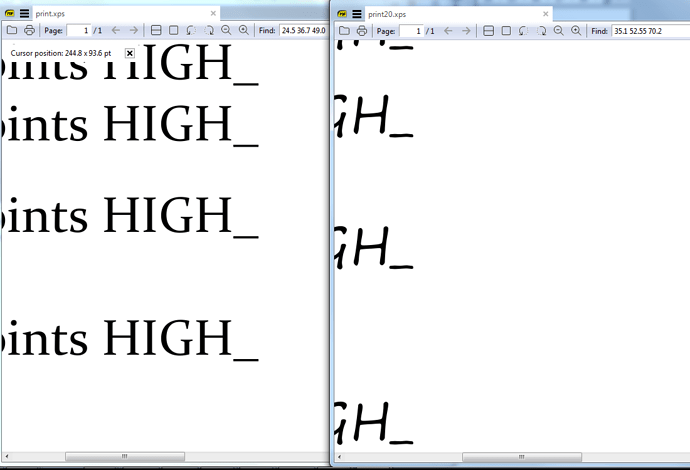 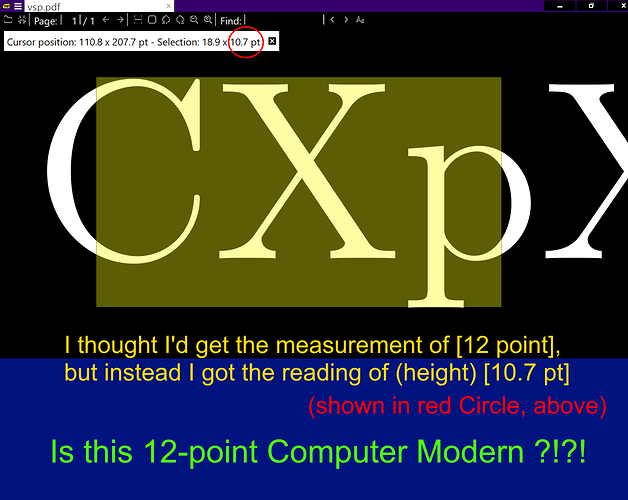 Using the table below, i should be able to Measure and confirm that the PDF file contains the actual 12-point font of the Roman (Latex’s Computer Modern) typeface.

Always difficult to easily get the font metrics but your 12ptCMType=10.7 ish pt high, is good enough for me

as the line spacing is never a good indicator especially if latex fonts are mixed inline.