i try to customize the fonts, but i can’t use fonts with spaces in their names, for example:
Comic Sans will not work
Arial does work
i have tried everything i could think of, doing it with spaces, doing it without spaces, using the _ character as spaces, i have not gotten any results, please help

i did what you said and my problem was solved, thank you!

Glad to help
Your Welcome

My SumatraPDF default font Georgia.
When I read file epub, I got an error font vietnamese. But my file MS Word don’t error font for vietnamese? Why???

What is the exact error shown? Please attach a screenshot if possible.

There are many eastern fonts that may be better as a default for your needs and often I will replace the entry with “sim sun” or similar for testing.

If you contrast the background with foreground of attached image, Sumatra seems to be having trouble rendering non-standard letter, note, for example, the heading “Tyre and Sidon”, the latter word is replaced by a square box. Note same title in Icecream reader, which, although I use, I prefer Sumatra. Also, the word 'Hiram" is missing the first letter in Sumatra. In both cases here there is a diacritic below the letter ignored by Sumatra

SumatraPDF is in e-book mode where it essentially uses one font
Often a font is not specified within an e-book since it is down to the characters built into a device. However it requires that the glyphs be available In whichever font is in use.

Here I have simply used Arial as a replacement in the advanced settings for the default of Georgia with these letters. (other system fonts in your PC may be more suited to other locale based material)

Note that Usher suggests you could try
Cambria

Thanks for those suggestions. I tried Arial which rendered the recalcitrant letters correctly, but it’s not as easy a font on the eyes for screen reading. So I’ve tried the serif font, Cambria, and I prefer that to ease eye strain. And it renders those odd non-standard letters/diacritics correctly too. Thanks to everyone. It would be nice if this was made a little easier to do, however. Especially if people are a bit frightened by manually changing things. But, all is good.

As far as I’ve been able to find, Sumatra is the only ebook reader that allows one to set the font that an epub is rendered in (which should be a simple thing!). I have some otf fonts that I’d like to use (Garamond Premier Pro, Gill Sans MT Pro, Myriad Pro, etc.). It’s a mystery how to find the exact name of a font that will work with "FontName = ". For example, I’ve tried every variation of “Garamond Premier Pro” that I can think of, to no avail. Also, it would be nice if I could set serif and sans fonts separately, but this doesn’t seem to be possible. How do I find the proper FontNames to use in SumatraPDF-settings.txt?

AFAIK it is usually (but not always) whatever Windows font installer has set it to. I often use Notepad font pulldown to get a clue. Note it is only Font: (family) that you can set. NOT style: such as Bold (unless that is in the family name) 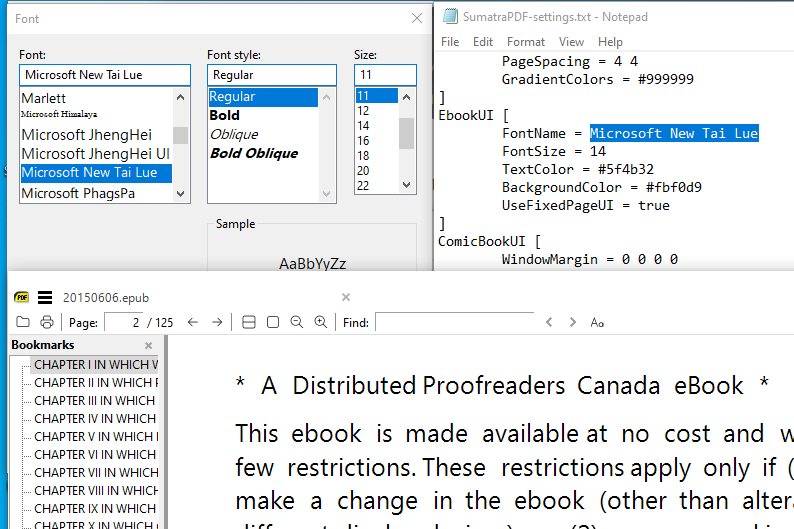 Back to your original question It depends on the Font Source how it is named so although Windows SHOWS Garamond Premier Pro as Name look in the font file for any OTF difference so here we see that it internally sets Garamond Premr Pro as its Font meme: (how obtuse is that !) 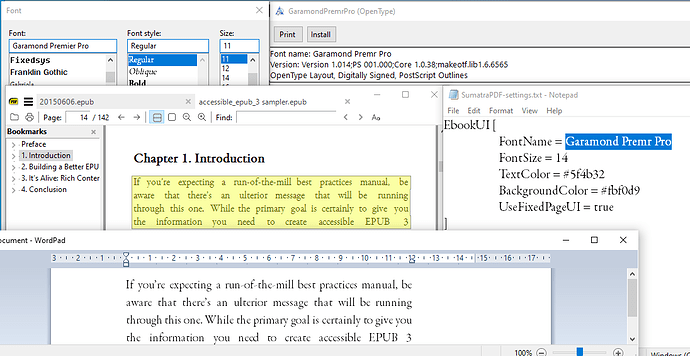 NOTE it is NOT the Font “Full name” as shown in the font window header above or font details in windows font settings where we can see the spaces are not shown but it may serve as a hint ! 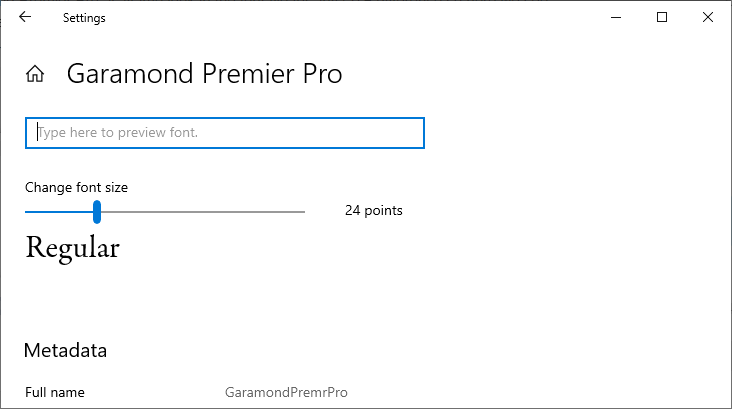 Possibly %windir%\system32\charmap.exe is the best guide for the usable name 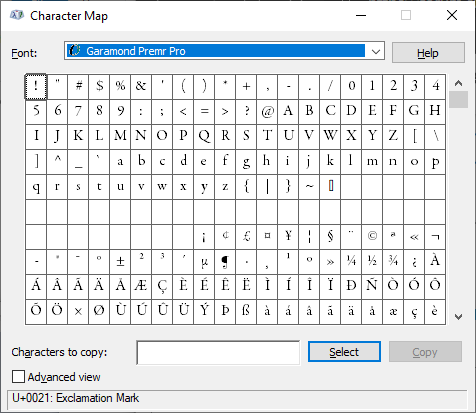 image1038×313 19.2 KB
This should also be Garamond Premr Pro SmbdIt (SemiBoldItalic but clearly is not)

So in summary you can vary Size (controls the default lineheight)
but there is no sure fired way to know how a font will present itself in SumatraPDF
It will usually work with the Family Names as seen in Character Map
It will apply Regular Bold Italic and Underlined variations to any that successfully load
as either a Normal (Upright) or Oblique Face in a Font Family but not necessarily by name.
So unlike a word processor it is not generally possible to say use a given weight and style
Much depends on the Family default characteristics, such as leading (white space) between lines of type.

While we are using this file there are other font considerations, here it is in MuPdf rather than SumatraPDFs own engine.

Differences of note are the stronger difference in SumatraPDF between heading and body text. SumatraPDF does not honour the Drop Cap (Larger Initial Letter), all characters are kept same height, however that means that there is introduced extra whitespace after the initial character that will mean in Fixed UI the word “Here” becomes broken as “H ere” so won’t work with a simple “Find” entry. Small differences that should not affect readers, but a bugger for cut’n’pasters so may often be commented on.

Thank you! That is what I needed to know except—it only seems to work with True Type fonts. When I set FontName to the name of any Open Type font, I get Arial. Do you have any idea why that is?

Can you provide examples of font names that don’t work?

@Michael_Saunders
As I tried to explain there can be a few separate problems with setting font names.

SumatraPDF uses libraries such as freetype and it could be they may not work well with less regular styles like “Black” (i.e. Bauer Bodoni Std 2) As to why a regular style such as Bembo Std does not work I have not been able to see any common reason
Here is Bembo Std in my system 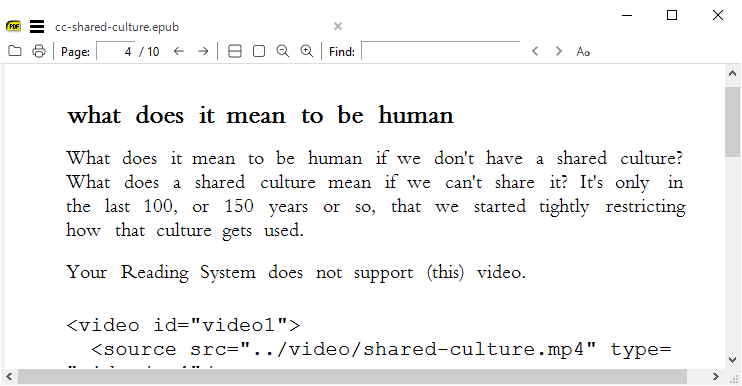 Like other similar system file loading issues, it sometimes helps to refresh a resident resource installation, which may, at its most extreme, require uninstall all variants-reinstall just one>test>uninstall 1-reboot-reinstall 1-test>reboot-test (much more trouble than most users would even consider and most frequently makes no difference)

Were you able to get any Garamond font working for epub?

No. I also tried EBGaramond and Jost*. I tried looking up names with Font Forge, etc. No success.