Thumbnails of covers in Windows Explorer is REALLY handy when nearly all your reading material comes in various eBook formats. I read a forum post about some old versions of Sumatra having thumbnail handler for the various formats it reads. I only end up with thumbnails for PDF (but only with some versions)…then have to use various hacks & utils to get thumbnails for other eBook formats.

not the developer but since he changed the title of this issue https://github.com/sumatrapdfreader/sumatrapdf/issues/382 and its still open I guess the answer is “not at present”

2 Your halfway there, but as you note the shellex is poked into the registry so strictly is not portable, however many portabalisers such as yaP gaP & PortableApps etc will reg and unreg as necessary

I was referring to this post about Preview Handlers for other formats:

So I’m just wondering if the actual “handlers” (dlls???) are floating around here or can be collected from other open sources and resurrected into a separate Handler Installer.

I understand that this Handler Installer doesn’t qualify as “portable” in that it writes to Registry to enhance Explorer. But an UNinstaller could be included to clean the system of these handlers (in the same way I can easily uninstall CBX Shell and Mobi Handler with common Windows uninstallers). …so maybe I’d call it “transportable.”

The whole thing could coexist as a separate “eBook thumbs” installer from Sumatra in the same way Sage Thumbs exists separate from graphics programs. I’ve been researching this around the web for a while and ask here because it seems that a reasonable collection of Handlers existed in Sumatra source at one time and Sumatra itself isn’t updated often with feature requests.

Sadly, I’m only just learning how all this works (though I make and use vbs, bat and reg files to add & remove functions)…just see that the pieces seem to be out there and a simpler, more cohesive way to get eBook covers in Explorer seems doable.

Is it a matter of collecting up the dlls & making vbs, bat and/or reg file to register them and add ShellEx entries in the registry??? (I get clues from notes in Alissa’s MobiHandler)

Does OLDER Sumatra source have thumbnail handler dlls other than PDF as suggested in post link above (its not obvious to me when digging thru various source zips)? I see things like BUILD_DJVU_PREVIEW, BUILD_EPUB_PREVIEW, BUILD_MOBI_PREVIEW, BUILD_CBZ_PREVIEW in rel3.1 pdfPreviewDll.cpp and get curious.

The extra preview handlers are turned off until the developer gets new icons for those formats - it’s an old issue.

There are 2 ways to get it:

BIG Thank You for sharing!!! It works great on cheap import Win Tablets under Win10x32 and cheap miniPCs under Win10x64.

Your help is much, MUCH appreciated.

@ianas
Thanks its great that you shared an enhanced current build, I presume it uses the latest Jpeg lib

My user restrictions failed to install browser plugin so had to copy npPdfViewer.dll & npPdfViewer_x64.dll manually and re-run Install_x32 & 64.bat to force registrations took ages to find an old 32bit browser with npapi support but eventually got 32bit plug-in working as expected

As above had to install 64bit to test previewer, and was pleased to see cover pages of .epub and .cbt files also nice to see .tga images

@ianas
I see you had problems with some formats and it seems .chm may be unsupported however is it possible to expand the tga section to include.jpg .png tif etc since if I rename sample.ext to sample.ext.tga the previewer shows the content

yes it is the current prerlease build taken from 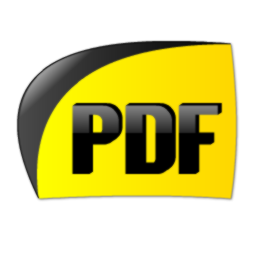 
yes it uses the fixed openjpeg code
the version number is the number of git commits + 1000 (Krzysztof told me this in the old forums)
chm is not supported, most of the preview handler was done by zeniko
I’m not sure why the portable versions failed maybe because I packed them with upx to reduce their size you can use upx to unpack them upx -d exe_name.exe
https://upx.github.io/
well I wrote that instruction for a friend some time ago when Firefox still had plugins support I might have forgotten to say that the bat files need to be ran from an administrator command prompt (I have UAC disabled so it doesn’t matter to me)
I’ve been using that version a while and I’ve had no problems I usually build it for my self when there are significant changes in the code (I check the sumatrapdf git page)

Hi ianas,
Could you please check at least the latest executable files stored in August 2020 in your mega.nz link above. Indeed these files especially the x86 ones like SumatraPDF-x86-12104-installer.exe seem to contain a Trojan UDS:Backdoor.Win32.Xaparo (in SumatraPDF.exe). I thought it was a false positive but Kaspersky detected also that your install file had created a trojan autorun entry to run itself after reboot and we don’t expect any SumatraPDF version to run automatically at each system restart. Maybe you could check if your system (on which you compiled these modified versions) is not infected.
Thanks again!
Best regards,
Marin

@ianas as noticed by @marin
I have compared several of your recent uploaded builds back to the one I use most from 2019 and have to agree that:-
All the 64bit builds appear clean, however all the 32bit versions (portable or install) appear to throw up malware warnings, were they compiled on separate systems?